All the examples presented here are available and executable in the start-jade project.

Jade offers several types of behaviours to develop your agents. You can add/remove one or several behaviour(s) to your agent to change its capabilities.

All of them contain an action() method that will be automatically called when the behaviour is given the possibility to execute.

Classical behaviours are variations around the simpleBehaviour class.

With the action() method comes a done() method. The implementation of done() is what will create a difference between classical behaviours. 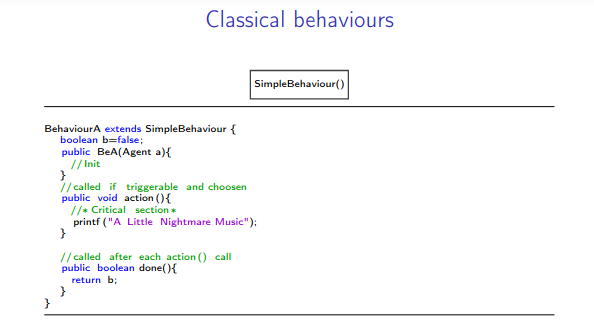 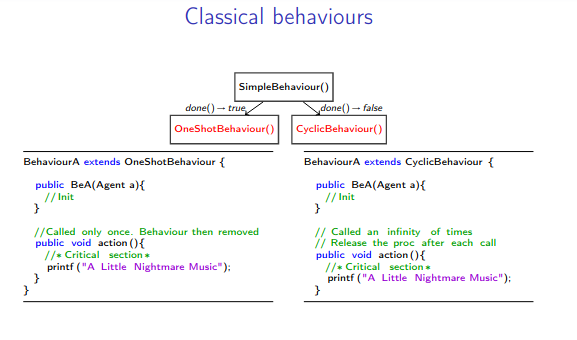 Waker and Ticker are the temporised versions of the one-shot and cyclic behaviours. 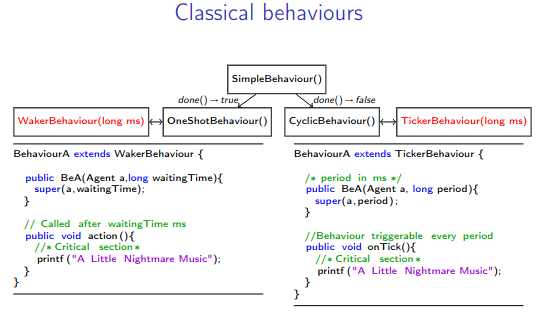 Any behaviour can be dynamically added to an agent. It it thus possible to ordonate the availability of several behaviours within an agent over time by adding/removing them at the right moment.

The code can neverthess become quite difficult to develop, read and maintain if you do that at a large scale. Advanced behaviours help you to organise your code in this context.

Through the use of subBehaviours, it allows to easily sequence several behaviours 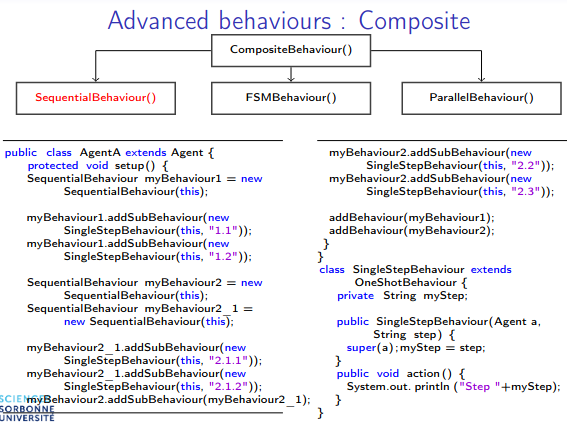 Automata are one of the most efficient way to develop complex behaviours. You just need to define the states, their associated behaviours, and the transitions conditions. 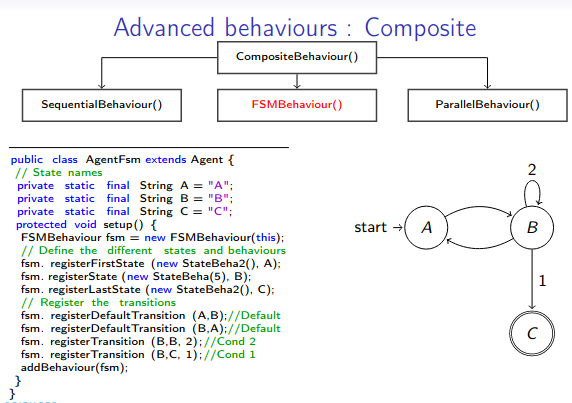 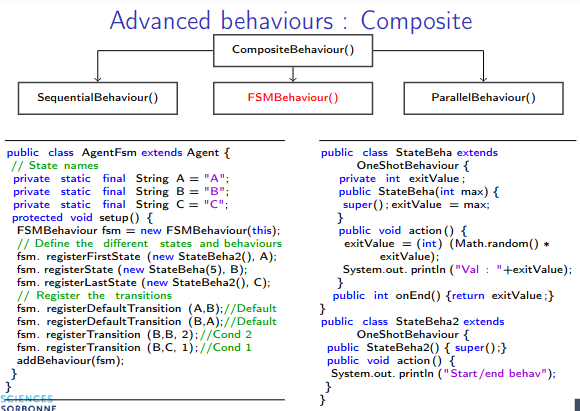 There is still only one thread that control the agent's behaviours.

The idea behind what Jade's dev called a parallel behaviour is a behaviour composed of a set of sub-behaviours trigerable at the same time (as when you add several behaviours to your agent) but the main behaviour can be instructed to terminate when :

But you can decide to let your behaviours live in their own threads if they, for example, execute a long and blocking task (gui,computation,..)

When adding your behaviour to your agent, you only need to wrap() it through the use of a ThreadedBehaviourFactory()

See the source-code for the associated example

All these examples are extracted from this Jade's Introduction and are available here.